The 2019 spring wildlife survey at Redwood Valley did not disappoint. With the bluebells in full bloom, leaves bursting out and the birds filling the air with song, just being there was a joy.

BIRDLIFE — RETURN OF THE PIED FLYCATCHERS

In early May, with the low undergrowth just taking off, many species present were yet to begin nesting. These included the visiting warblers — the blackcaps with their chaotic and complex song, the omnipresent chiffchaffing chiffchaffs, and willow warblers welcoming the sun with their happy cascade. The goldcrests had undoubtedly begun building high in the conifers, with their feeble little song seeming to follow us as we walked along the stream past the yurts.

Up in the ancient oaks tawny owls, jackdaws and stock doves, with plenty of nest holes to go around, provided their own evocative sounds, with nesting for them well underway.

When the nestboxes first went up 2 years ago we were amazed to find this summer visitor from West Africa moving into a nestbox just below the treetop cabin in that first spring. Within an hour of beginning this year’s survey we were on the cabin balcony watching the male displaying to the female and leading her to the hole, as she busied herself with stripping bark from fallen branches to bring to the nest.

The next morning, just after posing for this photograph, the male flew off his perch and came within an inch of death. A male sparrowhawk came zipping through the trees, banking sharply as it swooped in for the kill. A heart-stopping moment for us, but the flycatcher, as its name suggests, was quick to react and dipped out of reach.

Just along from the cabin we found a mossy stump covered in feathers. Undoubtedly one of the sparrowhawk’s plucking posts. Let’s hope we don’t find a fresh pile of black-and-white feathers in the days to come.

Along with the buzzards frequently seen overhead, look out for red kites, which have spread from their stronghold further into Wales. We discovered a dead specimen just along from the Redwood swing, allowing us to marvel at its iconic tail.

By early June, the valley is alive with fledglings — blue tits, marsh tits, coal tits, mistle thrushes, song thrushes, goldcrests, chiffchaffs and wrens, among others. Parents are flitting through the canopy collecting myriad insects from a seemingly endless supply.

The pied flycatchers are busy feeding their young, with their phenomenal insect-hunting skills allowing them to carry out several feeds a minute.

Other birds are only just beginning to nest, or moving onto second clutches. One beautifully hidden chiffchaff nest we found had a single freshly laid egg. The female will go on to lay four or five more before she begins incubating.

MAMMALS — RETURN OF THE OTTER

Last year’s exciting trail cam confirmation of a visiting dog otter was not a one off. On 29 April this year a camera placed a few metres downstream from Eilian yurt picked up what is probably the same individual making one of his regular visits to Redwood Valley.

The roe deer frequently appear to delight our visitors. Foxes, badgers and stoats also remain active in the valley.

One group of mammals that is often overlooked is bats. With countless roosting sites and abundant insect life, Redwood Valley is a perfect habitat. So we set out at dusk with our bat detector in hand to identify some species present. We can report large numbers of soprano pipistrelles and a few brown long-eared bats in the oak woodland, as well as noctules hunting along the stream. More species should join them as summer progresses and the balmy nights kick in.

The diverse vegetation and the aquatic habitats (the brook and new wildlife pond), with their abundant insect life, form the foundation of the intricate Redwood Valley food web. Mayflies and demoiselle damselflies dance over the wildflower meadow and brook, attempting to complete their life cycles before being snatched from the air by a passing bird. Further downstream, where the brook enters the main river, we watched trout erupting from the water to take spent mayflies. No doubt these fish will be venturing up the brook to spawn later in the year, making them easier prey for our otter.

In May, the dominant butterflies were the orange tips — their low, dancing flight seeming to accompany us wherever we walked. The caterpillars feed on wild garlic mustard, which seems especially widespread this year. The future for these vivid little butterflies is indeed bright and, in the case of the males, orange. Several speckled woods were also evident. Butterfly numbers and diversity continue to rise with the warmer months. 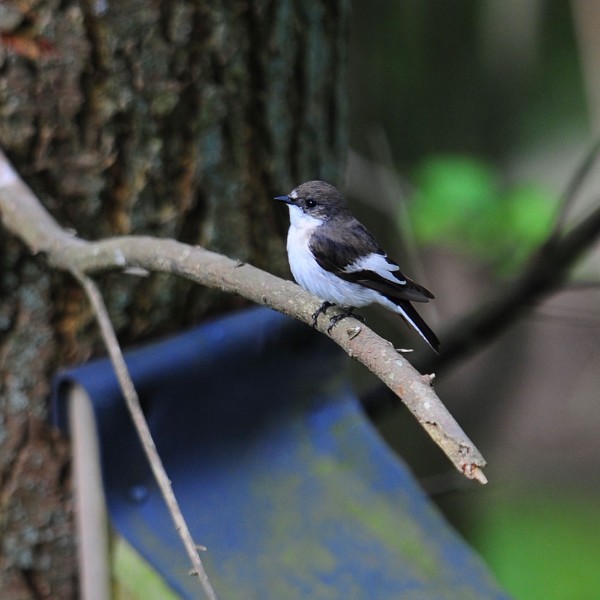 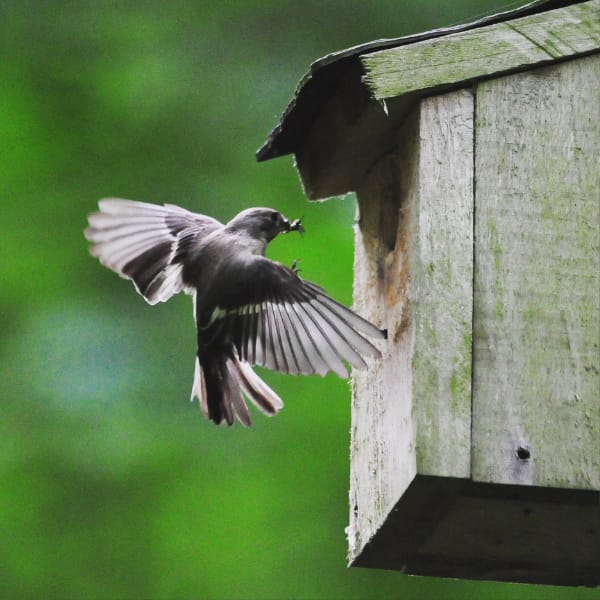 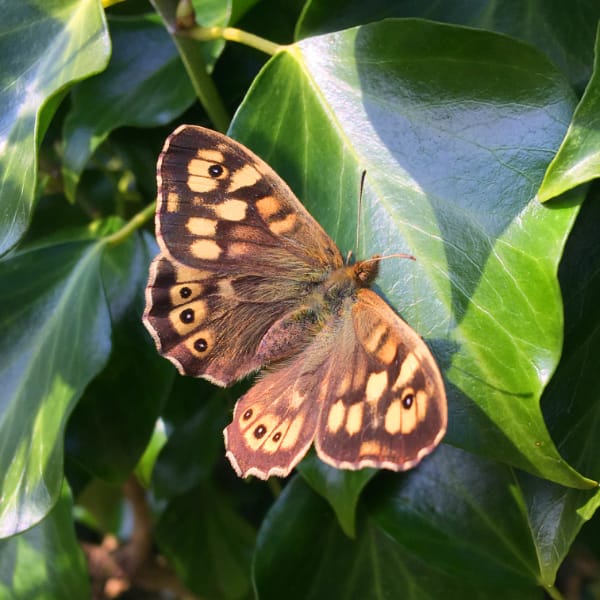 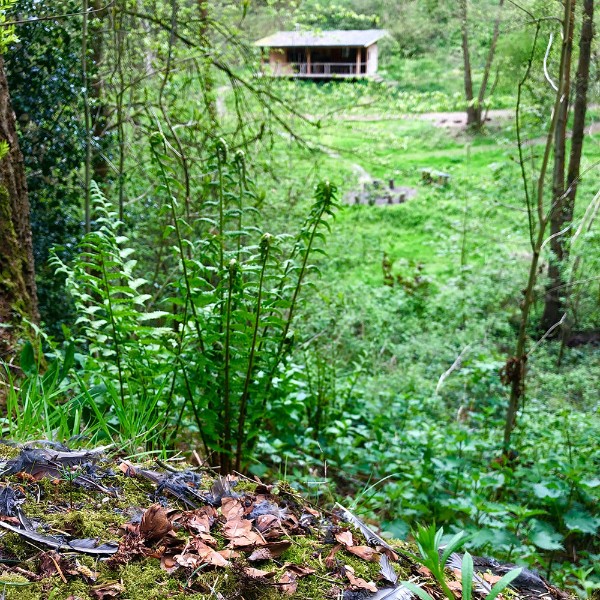 A new chiffchaff nest with a freshly laid egg 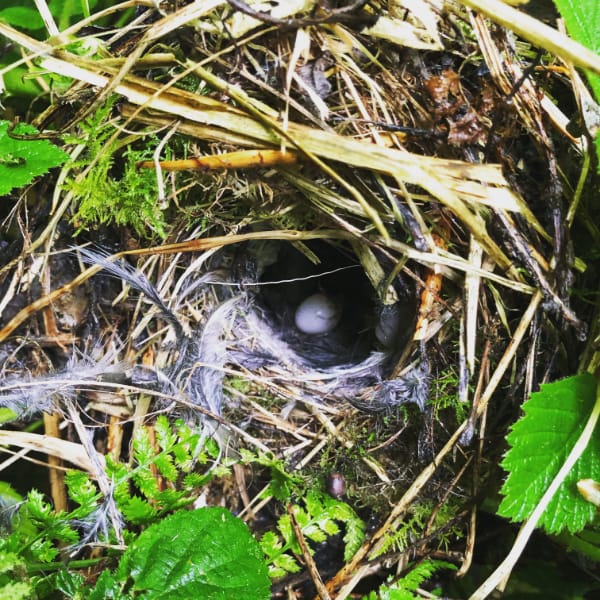 With two ‘hits’ from two very brief trail cam sessions, it is clear that this dog otter is a regular visitor to the brook at Redwood Valley. A small family of roe deer can frequently be spotted all over the site throughout the year.