Our own wild refuge: June at Redwood Valley

Spring arrived late in Redwood Valley this year, but with an explosion of lush vegetation and nesting birds. Indeed, our recent annual wildlife survey identified a record number of breeding bird species, with the undergrowth and canopy now home to a cacophony of hungry nestlings and fledglings.

A family of marsh tits entertained us in front of the cabin balcony, with the adults breaking off from relentless feeding of young to refuel on the nut feeder just above our heads. A family of treecreepers also raised a smile as the adorable chicks, with their out-sized feet, frantically pursued their parents.

Countless blue tit fledglings confirmed that the nestboxes are now free for the late-arriving pied flycatchers — we watched a male collecting nesting material, but were unable to see where he headed. One of the boxes in front of the cabin has previously given our visitors some privileged views of these shy birds. Their cousins, the spotted flycatchers, nest up at the house, but can be seen catching flies beneath the oak canopy.

Redstarts are feeding young in an old wall at the house, with other individuals spotted down by the brook. Look out for these bold-coloured beauties.

A pair of jays has built a nest just across the valley from the woodland kitchen and are now incubating eggs. Listen out for hungry chicks in the weeks to come, and bring your binoculars because these stunning members of the crow family are worth a closer look.

The usual warblers are filling the woods with their songs, while down on the brook we have had regular sightings of dippers. The banks are full of potential nest sites for these smart, aquatic birds of the stream, so fingers crossed.

The tawny owls are a regular feature of the ancient oaks, while a recent report of a long-eared owl sighting in the valley has brought much excitement. Some of you may have seen a nest of these elusive birds featured on this year’s BBC Springwatch. We’ll be listening out for their unusual calls over the nights to come.

But it’s not just the birds that make Redwood their home. In June this year our trail camera captured footage of a large dog otter heading up the brook between the two yurts on one side and the cabin on the other. A roe deer was observed cleaning her tiny fawn in the long grass just yards from the kitchen. These native deer can often be seen grazing in the meadow or skulking through the undergrowth. Stoats have made the log piles their home, so look out for them crossing the path on your walks.

Roe deer in the meadow 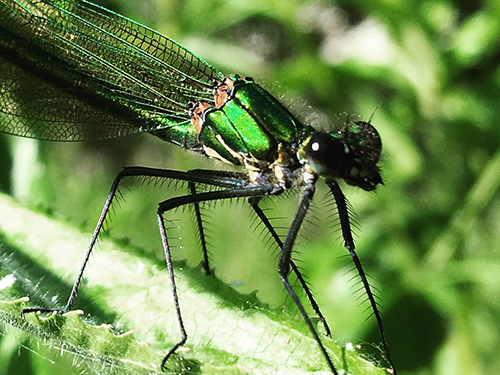 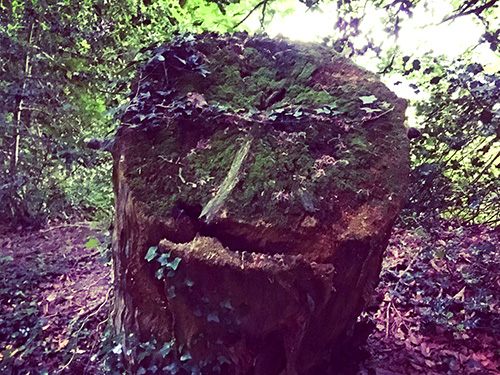 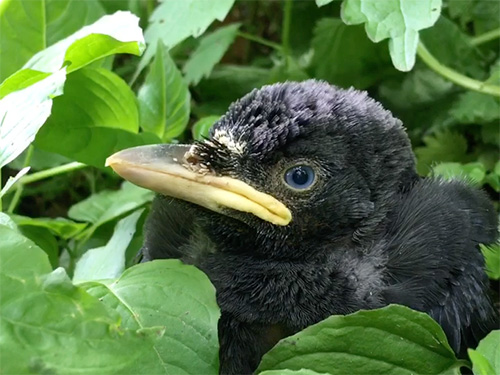 We were delighted when our trail camera picked up a large dog otter heading up the brook. Also down by the brook we captured a dipper accompanied by the beautiful song of a wren. A little less pleasing is the persistent call of the fledgling jackdaw who fell from one of the oaks but was still being tended its parents. And finally, the discovery of a redstart nest up at the house.